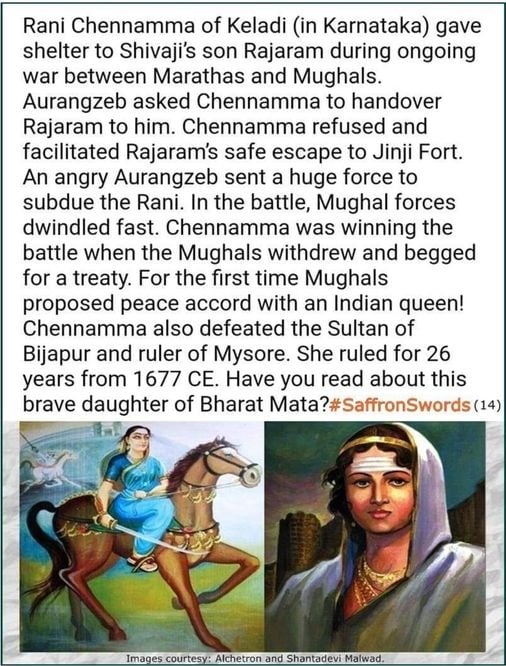 Keladi Chennamma ruled for 26 years from the year 1677. During this period, she fought battles against Mughals, thrice against the ruler of Mysore and also against the Sultan of Bijapur. She emerged victorious in 98% of the battles. The story of valor of Rani Chennamma of Keladi is described in a chapter in book #SaffronSwords Part 1 (https://www.amazon.in/Saffron-Swords…/dp/B07Q139493).

Kittur Chennamma ruled from 1824 and fought a battle against British during the same year. The valor of Rani Chennamma of Kittur is described in a chapter in Saffron Swords Part 2, which is under publication and will be released soon.

Both were powerful and successful queens and never surrendered to enemy forces.

Top Five Medical Innovations of the Past, Present and Future

Most Teens Use Other People’s Prescription Stimulant Medication

A Lot of Lives Lost after Common Heart Procedure