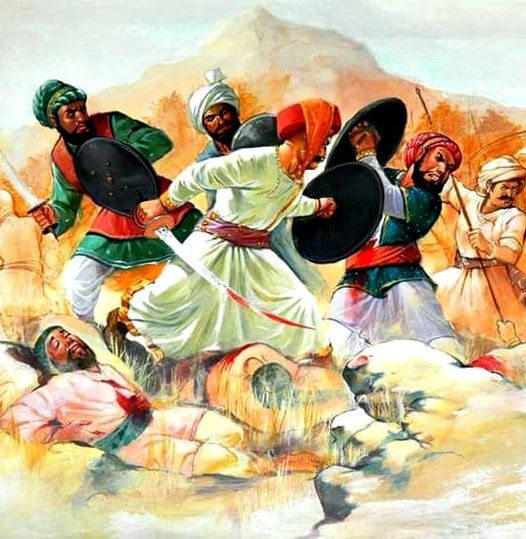 It was on this day, the 14th of January in 1761 that the third battle of Panipat took place between the Marathas under Sadashivrao Bhau (nephew of Bajirao Peshwa) and the Afghans under Ahmad Shah Abdali. This battle witnessed one of the largest number of fatalities in a single day.I had cried when I read in detail about the 3rd Battle of Panipat. Marathas were without food for 3 days due to lack of food supplies, but they fought bravely against Ahmad Shah Abdali’s forces till their last breath. Till almost noon, Marathas had destroyed the Afghan army and the latter was routing until reinforcements of Afghans appeared. Numerous factors led to the defeat of the Marathas in this war. One key factor was treachery by Hindus themselves. Hindu rulers who sided with Marathas backed out from the battle scene at the last moment. And few Hindu rulers supported Abdali. Had they not cheated, the Hindu army would have won. Even Ahmad Shah Abdali was awestruck at the bravery of the Marathas in the battlefield.#SaffronSwords Part 2 has a chapter on how the Naga Sadhus defended Gokul from Abdali’s Afghan forces along with 51 more chapters of valor. Saffron Swords Part 1: https://www.amazon.in/Saffron-Swords…/dp/B07Q139493– Manoshi Sinha. Image, for representation purpose, sourced from Google.

Tribute to Maharana Pratap on his Punyatithi