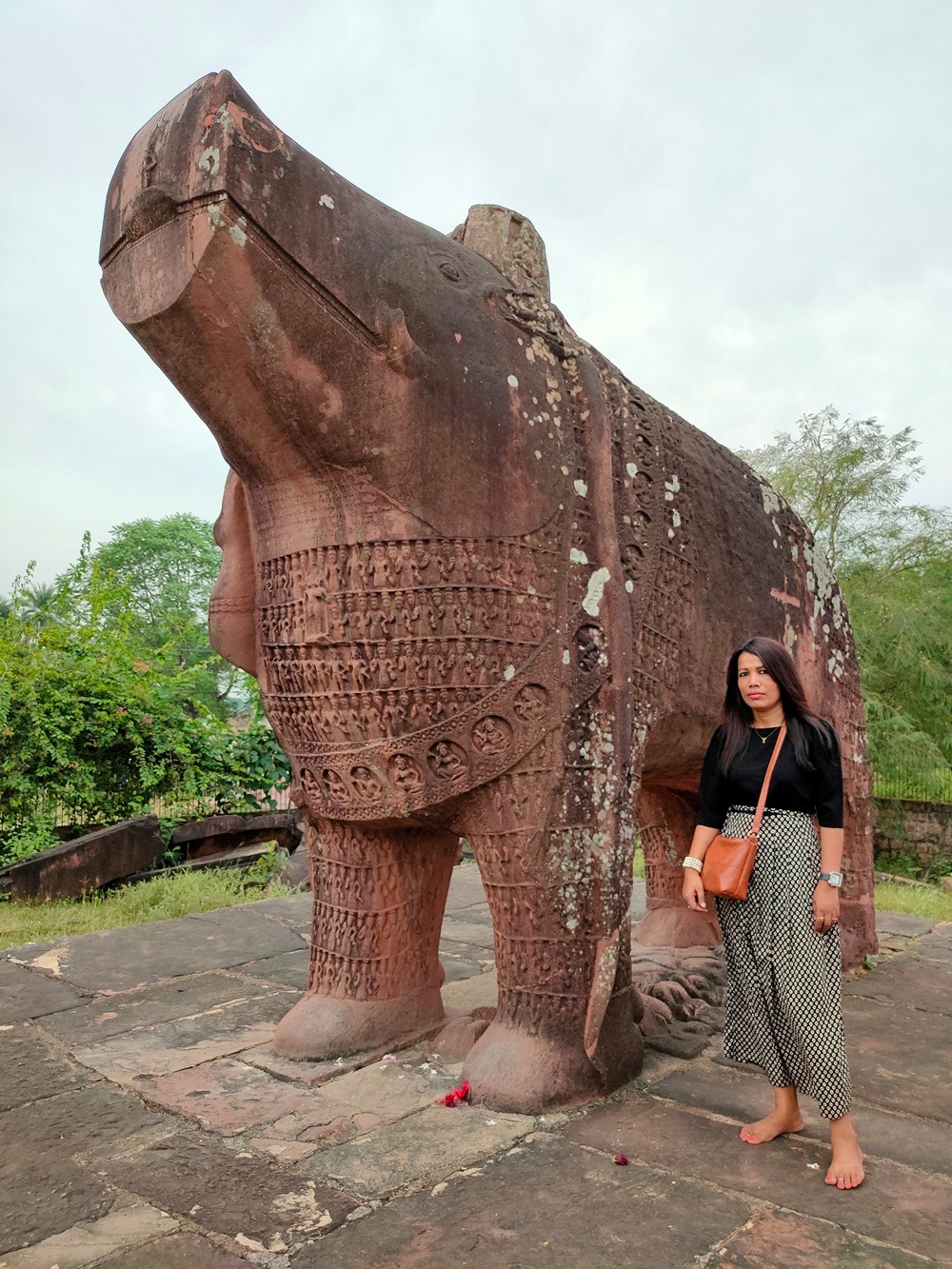 Grand Moorti of Varaha in Vishnu temple site, Eran, MP. Inscription under neck of Varaha Moorti in 8 lines of Sanskrit in Brahmi script describes Hun king Toramana as ruler of the region and Vishnu bhakt Dhanyavishnu as architect. Notice carvings of Rishis. The inscription doesn’t mention any dating. Colonial historians and many scholars date the site to 6th century CE. According to the book ‘Chronology of India’ by Vedveer Arya, the Huns defeated Guptas and ruled for several years around the 2nd century BCE. Going by this dateline, the Varaha Moorti is over 2000 years old.There is a huge standing Moorti of Vishnu and a mandapa near the Varaha Moorti. Part foundation base and pillar remains of a grand temple including several remnants of Moortis at the site prove the flourishing of a culturally rich kingdom in this region.From this site there is an underground tunnel spread across several kms that opens to another site. This tunnel is now blocked. I and Yogaditya Singh Rawal experienced divine energy vibrations at this site. These are vibrations of the chanting of mantras, hymns, singing of bhajans, playing of musical instruments dedicated to the deities by priests and devotees hundreds of years ago.This temple site was plundered by Izlamic invaders/barbarians. Signs of desecration are visible all around here. – Manoshi Sinha.

Are Robots the Future of Surgery, or a Pricey Gimmick?

A Lot of Lives Lost after Common Heart Procedure